Guide to the archive of the Flysheet Camps

The Flysheet Camps were established in 1973. They were originally part of the Forest School Camps (FSC) organisation, involved with the production of the associated magazine, 'A Fly Sheet'. Their work eventually led them in a different direction from FSC, and they began to run their own camps which were more focused on the inclusion of working class kids and a more collective system of leadership. They later developed an associated group called Flysheet Scotland, which was based in Finniegill, near Lockerbie. The camps were intended from the start to involve the children in various organisational aspects of the camps. It was a politically motivated organisation which they describe as 'very much part of a movement for radical change in society' (Bond 1993). To this end, they forged links with various associated groups such as school student unions, community groups, aletrnative education, unions and the women's movement. After several years of affiliation with FSC, the two organisations ended up becoming distinct.

This collection documents the administration and ethos of the Flysheet Camps and Flysheet Camps Scotland. It also illustrates their connections to associated organisations: Forest School Camps, The Woodcraft Folk and Grith Pioneers.

We also hold the records of their parent organisation, the Forest School Camps.

Image from the Archives 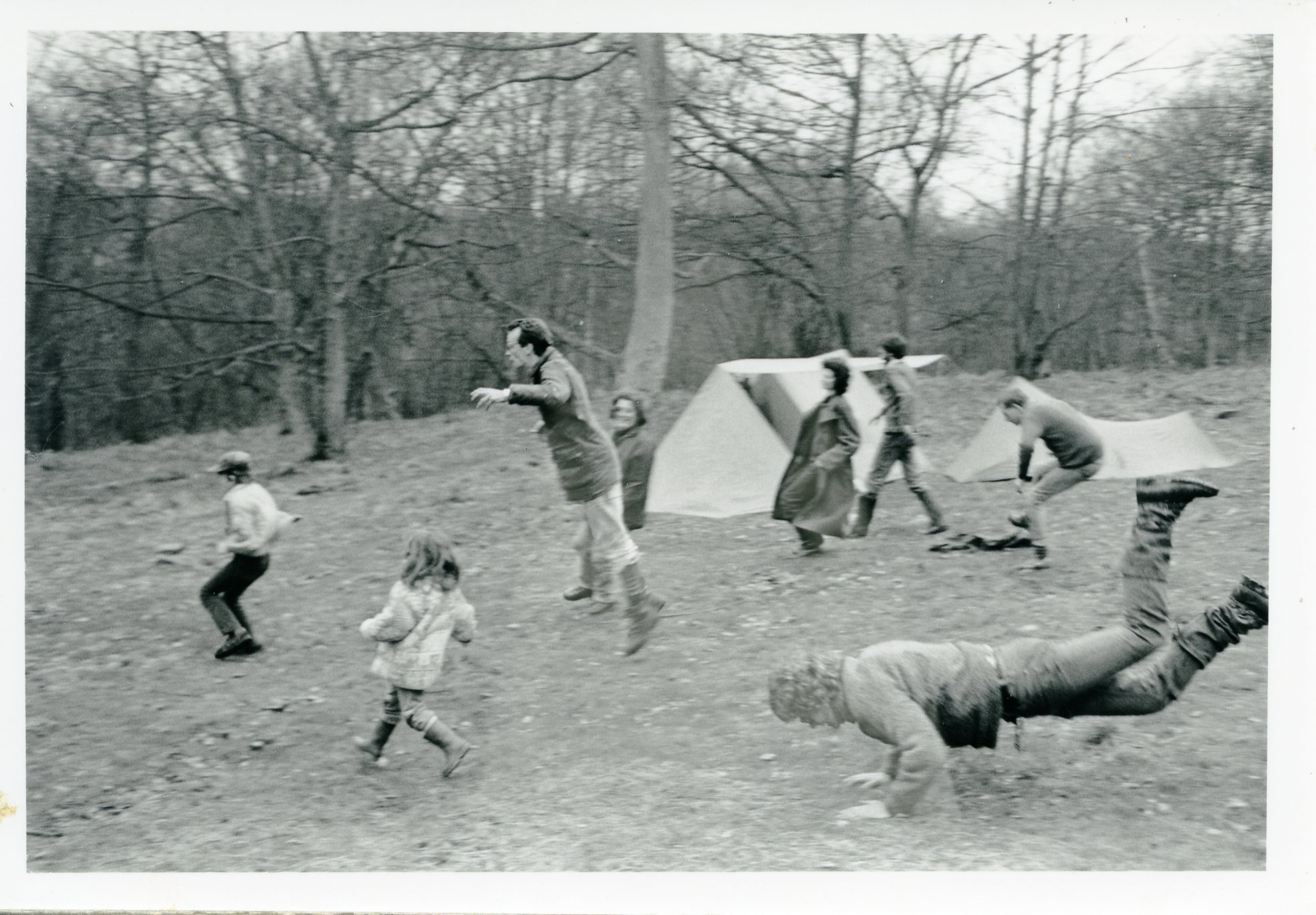 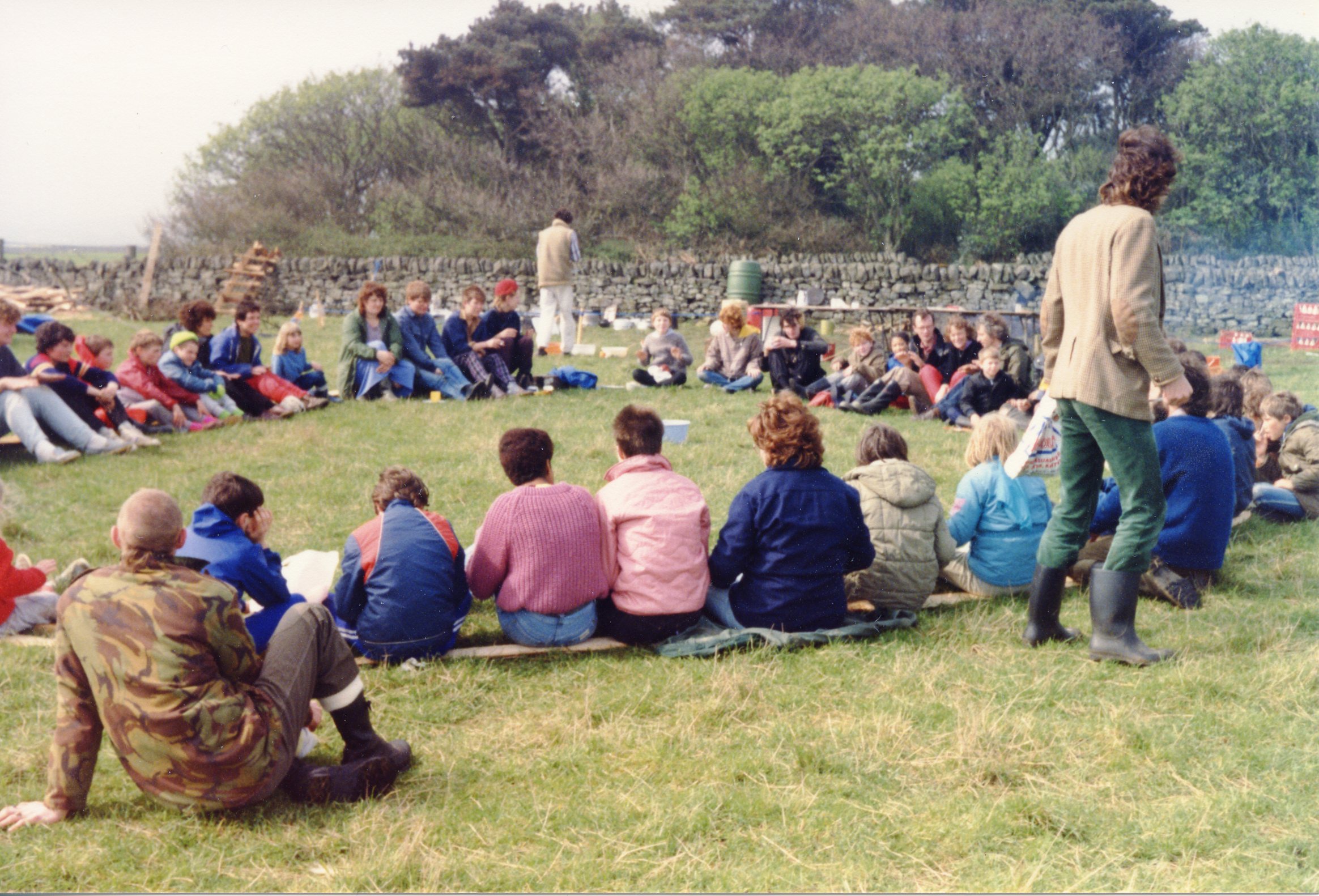 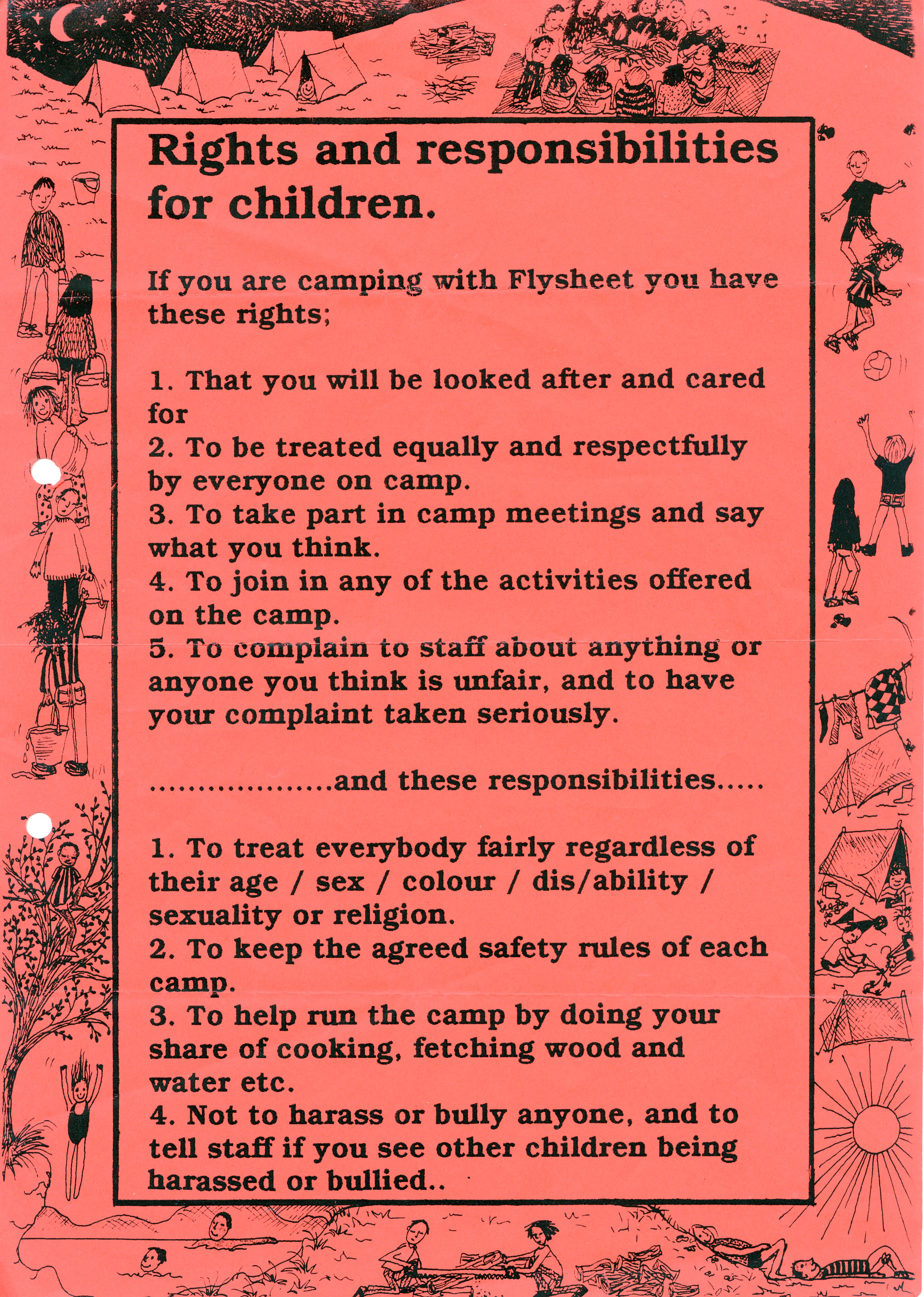 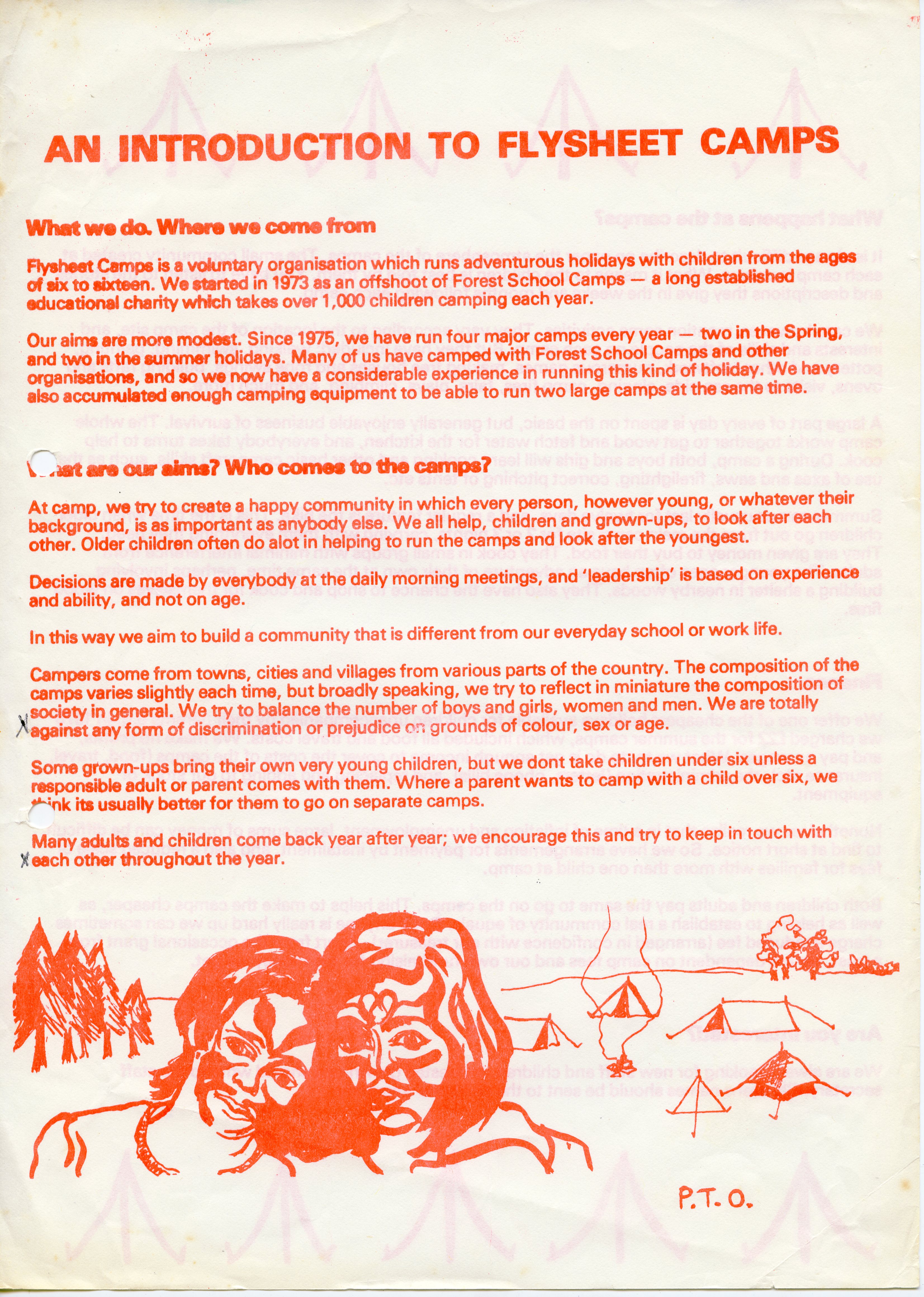