Introduction to the Horace Panting archive 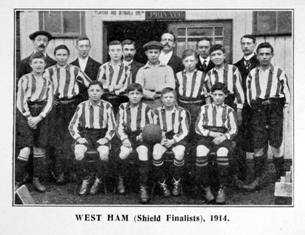 Who was Horace Panting?

Horace trained as a teacher at the Institute of Education before working as a science teacher in a number of London schools. During the Second World War, he was an Experimental Officer at the Ministry of Supply Research Department. Throughout his teaching career he took a keen interest in school sport, both in the schools in which he taught and through involvement with associations such as West Ham Schools Sports Association and the London Schools Cricket Association.

The archive comprises 3 boxes mostly relating to various sports associations for London's school children, notably: football, swimming, cricket, and boxing, covering the long period from 1912 until the 1990s.There is also a small amount of papers from Horace Panting's time as a student at the Institute of Education and a handwritten diary regarding the evacuation of Holborn Boy's School to Crudwell, Wiltshire, during the Second World War.

Catalogue for the Horace Panting archive

How to book an appointment to view this collection