Introduction to the Mimi Hatton Archive 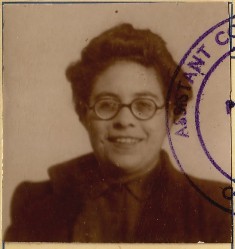 Who was Mimi Hatton?

Mimi was a teacher. In 1946 she joined the British Families Education Service (BFES) to provide education to the children of British Forces in the British Zone of Germany. She embarked to Germany on 18th December 1946 and set up the BFES School in Bad Zwischenahn which opened the following year. She then served successively as the Head of Oldenburg School, 1949-1950, and the BFES Bad Oeynhausen Nursery, Infant and Junior School, 1950-1952. In 1952 she returned home to England and worked as a headmistress at schools for children with special educational needs.

The collection dates from Mimi's time working for the BFES in Germany. It includes an account of her service, written for the BFES Archives in 2001; photographs of the various schools in which she served; and memorabilia, including badges and programmes.

Find out how to book an appointment to view this collection