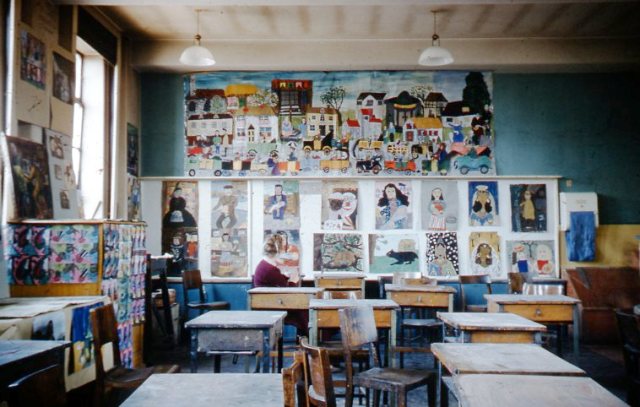 If you're interested in images of school life from the mid-late 20th century the Records of the Architects & Buildings Branch might be helpful to you.

See our guide on school architecture and design.