Interested in post-war reconstruction? Have a look at our research guide 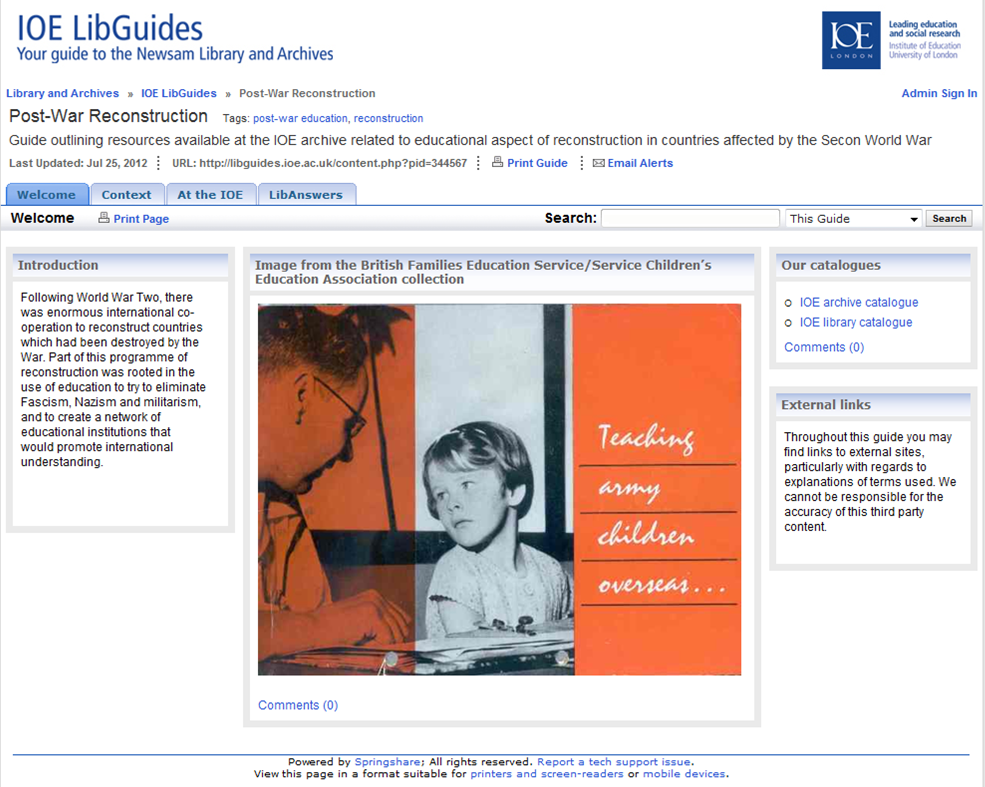