The voice of the individual in the archives

It can be difficult to understand the impact of policy on the individual and history can be dominated by the 'official record' of policy makers rather than those working in education. The archives has a number of collections that provide an insight into the experience of individuals giving researchers the opportunity to gain a better understanding of the ideas, views and work of teachers, practitioners, campaigners and volunteers. For further information on the importance of using biographical archives and the collections we have see our research guide. 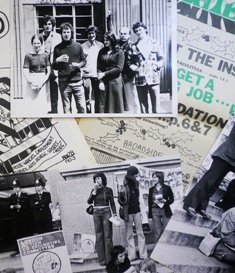