This guide provides an introduction to the IOE's own institutional archive. It provides information on the papers available and how to gain access to the collection.

The London Day Training College (LDTC) was founded in 1902, with its prime exponent being Sidney Webb. At the time it was the only day training college under local authority control. Four organisations contributed to its establishment: the principle body being the London County Council with support from the London School Board and the Board of Education. Ultimately the work of the College came under the control of the London Country Council but the University of London provided academic support. Its principle role, at this point, was to provide well-trained teachers for London's elementary schools. 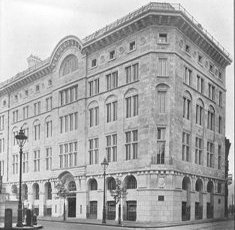 The LDTC was originally located at the London School of Economics and Clements Inn, before moving to its first permanent home on Southampton Row.

John Adams was appointed the first Professor of Education at the University of London, and became the LDTC's first Principal. When it opened, the College had 58 students aged between 18 and 22 years. Most of the students had previously attended pupil/teacher centres. Students were expected to complete a degree course, which would be followed by a certificate in professional training, regulated by the Board of Education. The majority of teacher training was carried out in demonstration schools and the government's Inspectorate (HMIs) had the duty of supervision of premises, courses and student discipline.

In 1903 a post-graduate diploma was introduced. Early students found the three year course extremely demanding, so, in 1904, a two-year, non-university standard course was established. In 1909 the College became a School of the University of London meaning it was no longer merely attached to the university. From this point College staff were represented on the governing committees. By 1911 the three year course was extended to four years, to include three years for students to follow academic studies. The final year would be directed towards professional training. From the following year all students had to follow the four year programme of study.

During the 1920s the government's Colonial Office envisaged the LDTC as a suitable place for training educators who would then go to work in the colonies. The LDTC's second Principal, Sir Percy Nunn, was a member of government committees considering the issue and in 1927 first meetings were held to introduce this function at the College. The Colonial Department at the LDTC was formally constituted in 1934. This work was later extended by the establishment of the Overseas Division to support students from overseas.

The 1920s also saw the LDTC diversify its provision of training for teachers working in secondary education and courses for those interested in education administration.

In 1938 the Institute moved to the newly built Senate House, only for the building to be taken over by the government as the Ministry of Information on the outbreak of the Second World War. During the war the Institute was evacuated to the University College Nottingham, returning to Portman Square in 1943. Once the war had ended the Institute finally took up permanent residence at Senate House.

After the war the government introduced far-reaching educational reform which had a major impact on the work of the Institute.

The archives have a sizeable collection of records dating from the early history of the LDTC. This part of the IOE archive has now been catalogued. To consult this material please contact the archives to book an appointment.

Committee Records: can be used to chart the management of the College (and later the Institute) either at Institute level, or the decisions made by its governing bodies. Most committees had sub-committees established to discuss issues in greater detail. A small number also kept correspondence files capturing discussions between committee members.

Local Committee and Council (1904-1931): appointed by the Technical Eduation Board of the London County Council the Local Committee was the governing body of the College. Its membership comprised respresentatives of the Technical Education Board, London School Board and University of London. When the College became a School of the University of London, it was renamed the Council and membership included senior management from the College. (RefNO: IE/1/TCC)

Meetings of staff / Academic Board (1909-1949): Full-time members of the teaching staff together with the head teachers of the demonstration schools and the Principal met ‘to make representations to the College Council on all academic matters and on the management of the College generally'. When the College became part of the University in 1932, it was re-named the Academic Board, the first meeting under this new title taking place in March 1933. (RefNo: IE/1/ACB)

University of London Training College's Delegacy (1928-1948): When the Joint Board scheme for the association between universities and teacher training colleges was adopted in 1928, the University of London took responsibility for syllabuses and examinations in seventeen London training colleges. The University's Training Colleges Delegacy was responsible for the approval of syllabuses, the admission of new Colleges to the scheme and the periodic visitation of member institutions. Papers comprise minutes and papers of the Delegacy and subject committees. (RefNo: IE/1/TCD)

University of London Institute of Education Delegacy (1931-1949): When, in 1932, the Institute transferred wholly to the University of London, and the London County Council recinded all responsibility, a Delegacy was appointed to oversee the management of the new Institute. The archives holds papers and minutes of meetings, and correspondence regarding the work of the committee. (RefNo: IE/1/ULD)

Principal Letter Books (1906-1925): comprises a large collection of outgoing daily correspondence from the first (John Adams) and second (Sir Percy Nunn) Principals of the College. Letters cover all areas of administration including student admissions and progress, the development of courses, links with other educational bodies in and around London (particularly the London County Council), testimonials for former students and the provision of teacher training courses and experience such as school placements. (RefNo: IE/1/PLB)

Memoranda Books (1907-1937): Scrapbooks containing internal memoranda and notices on a wide variety of subjects, including administrative matters, course outlines, time-tables, examination and teaching practice arrangements (often including lists of students), guidance notes for students on teaching methods, reading lists and notes to accompany lectures. These books are catalogued to item level, therefore there is a very detailed list of what they contain. (RefNo: IE/1/MEM)

Islington Day Training College: the College was founded by the London County Council (LCC) in 1906 to provide a 2-year training course for teachers. Although described as a men-only College the papers include a number of student records for women. It was closed during the First World War due to the lack of male students and was never re-opened. All students and student records were transferred to the London Day Training College. (RefNo: IE/1/ISL)

Colonial Department and successors: the department was formally constituted in 1934, but plans for its establishment had been set in action by the government from the early 1930s. Originally established to provide training for those who would provide educational training in the Empire its role has changed on many occasions keeping pace with political changes and establishing networks with international organisations both in the UK and abroad. View the full catalogue (RefNo: IE/COL)

Overseas Division: In 1934 the Carnegie Corporation made a grant of $67,500 to the Institute to establish and support an international centre for three years. This included the recruitment of eight Carnegie Fellows each year from the Dominions and the appointment of an Adviser to co-ordinate overseas work. The series includes administrative papers and the reports of the Carnegie Fellows. (RefNo: IE/OSD)

With thanks to Noreen who researched and wrote these biographies. 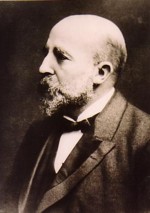 In 1846 the pupil/teacher system of teacher training was introduced whereby student teachers (some as young as 13 years) were apprenticed to a headteacher for five years. During the 1890s this system increasingly came to be seen as inadequate. The Cross Commission recommended the creation of Day Training Colleges, and the government sanctioned the establishment of day training colleges by universities and university colleges, but not by School Boards. The Colleges were not to admit more than 200 students, their curricula had to be approved by the Education Department; and they would be inspected by HMI (His Majesty's Inspectors). 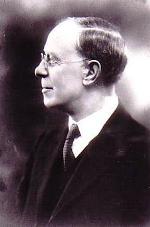 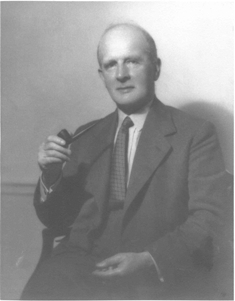