ALPAG and Parents Initiative were connected, parent-led political organisations who were campaigning for more influence over their children's schooling. Parents Initiative is a larger collective of parents groups, teachers' organisations and trade unions, of which Liz Williams of ALPAG was a key co-ordinator. It aimed to provide a forum for national parent, teacher and governor organisations and establish working relationships between groups interested in promoting a well-resourced, publicly-funded and accountable education system for all children. Both groups were founded in 1986 and continued their work into the 1990s.

They were part of several campaigns, such as the London Parents Ballot Campaign and the Campaign for State Education. They also organised several protest marches against Government Education policy, particularly the 1988 Education Act which, amongst other changes, proposed the abolition of ILEA.

This collection offers insight into the running of pressure groups and political organisations. There is extensive correspondence and meeting minutes, as well as campaign brainstorms, annotated drafts of leaflets and reports, publications from both organisations, various leaflets and pamphlets produced by similar contemporary organisations, press cuttings and other campaign ephemera.

We hold the records of a similar organisation, Cambridge Association for the Advancement of State Education, who were active in the 1960s.

The London Parents Ballot Campaign collection is also relevent. This group were set up as a sub-committee of the Parents Central Consultative Committee of the Inner London Education Authority (ILEA).

Image from the Archives 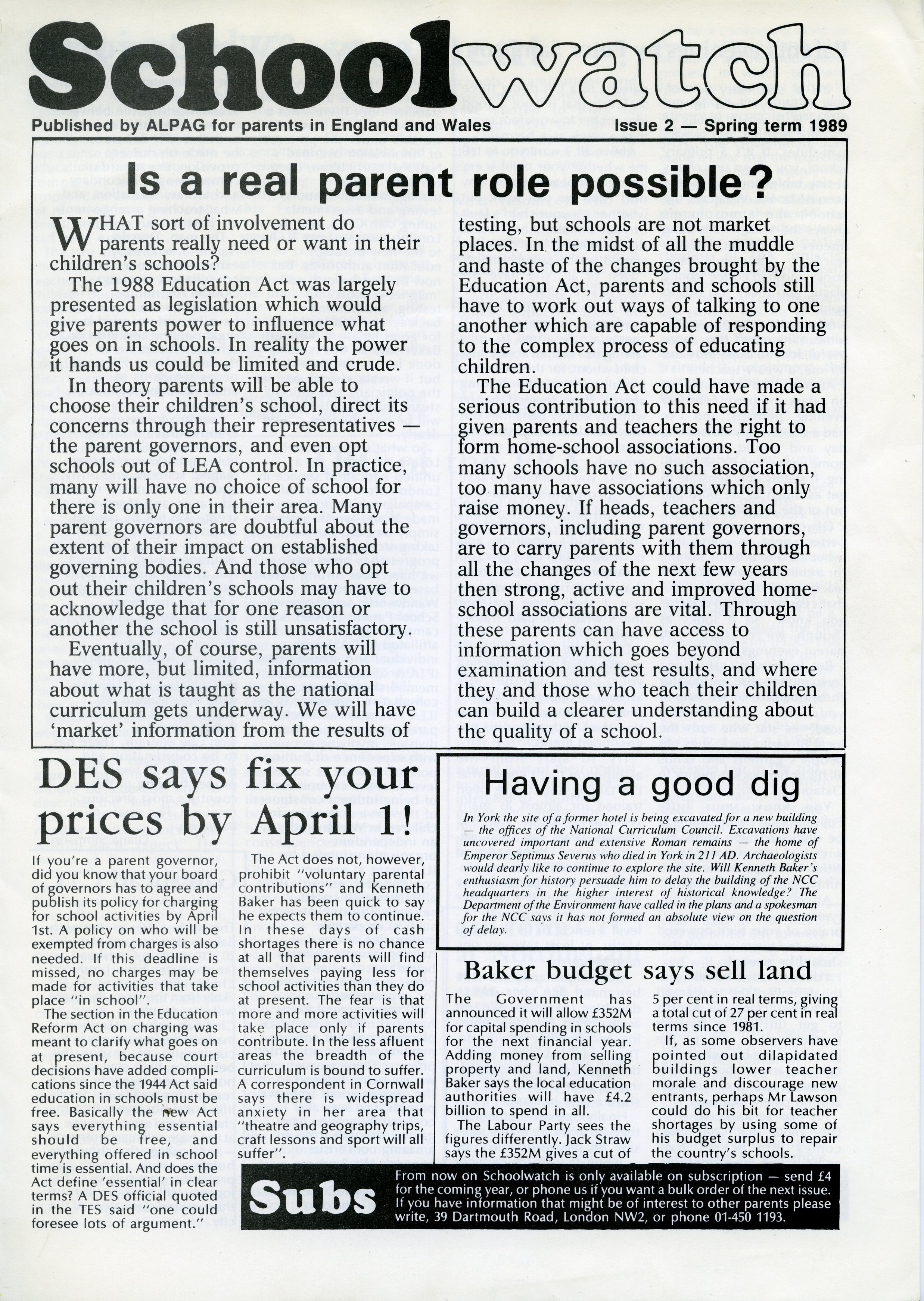 The following organisations worked with or corresponded with either ALPAG or Parents Initiative: