An introduction to the Louis Arnaud Reid archive at the IOE 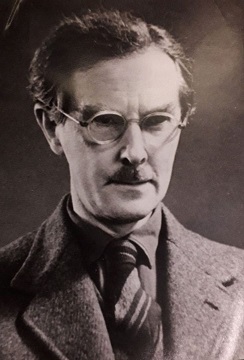 Who was Louis Arnaud Reid?

Louis Arnaud Reid (1895-1986) became the first Professor of Philosophy at the Institute of Education, and was a strong advocate of the importance of art in education. He retired in 1962, but continued writing and teaching as an emeritus professor right up until his death at the age of 90.

The collection contains the text of around 50 of Reid's articles and talks, either in draft or in published form, along with drafts of his last book Ways of Understanding and Education, which he finished writing just before he died. Reid also kept his teaching notes from his seminars at the IOE, which include typed lists of topics for discussion, and handwritten student reports from the discussions had in those seminars. In addition to written material, there are also two sketchbooks of Reid's artwork. Some papers of Frances Bardsley, headmistress of the Romford County High School for Girls, were also discovered among Reid's papers. Presumably he had collected this material because her methods demonstrate how art, poetry, drama, music, and fun can be used in education.

To learn about how to come in to the IOE library and archives and use the Louis Arnaud Reid archive click here.