Description
Capt. Francis H. Grenfell was appointed the first assistant superintendent of the Navy's Gymnastic Department in the early 1900s and was instrumental in getting the much admired Swedish system adopted by naval gymnastic schools. After leaving the Navy, he taught in schools (including Eton College) until 1909 when he became an H.M. Inspector of Physical Training for the Board of Education's new medical department. He wanted physical education to have a respected place in the curriculum, with fully trained teachers. He returned to the Navy during the First World War, but was released from service soon after its end, so that he could continue his work at the Board of Education.

He amassed an extensive collection of books on physical education in its broadest sense and donated it to the Board of Education in 1934, although items continued to be added until 1947, both by donation and purchase; a catalogue was compiled in 1935, and updated in 1985. The Board's successor, the Department for Education, deposited the Collection with the Institute in 1992.

The Collection consists of books and a few bound volumes of periodicals on physical education published in the late 19th and early 20th centuries; a lot of the material is in English, but a substantial proportion is in the various Scandinavian languages, French and German.

Searching
A catalogue of the Grenfell Collection was compiled by the Department for Education in c1995. 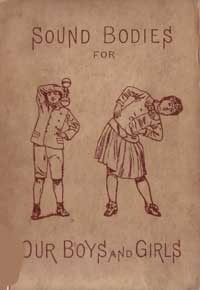 Sound bodies for our boys and girls / by William Blaikie